For Hate’s Sake I Spit at Thee: Moby Dick 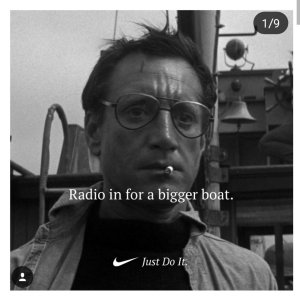 The name Moby Dick is a byword itself. So why am I offering up my experience after reading it five times in a row since winter? It has been rough. A rough time. And I’ve been breaking my mind to come up with a response. But I have none. Except that I feel as though if I don’t find a way to express this growing surge in my chest, well there will be some trouble, is all.

This will be the fourth blog post I’ve written or rewritten since I last posted. I haven’t been able to publish one.

So, I am just going to write through this writer’s block by writing about my recent experiences with Moby Dick.  It reminds me of when I read Homer and think: ooooo! This thing everyone has thought was so awesome that it has lasted 3,000 years is really great! Bravo me? I just caught up to basically literate in 800 B effn C and E. There really need be no award for that. You’re simply punished if you don’t. I dunno. Maybe it’s some kink of Greek thing.

First off, there’s Ishmael. Now this guy is easy to like. For one thing, he is a depressed school teacher, who refers to whaling as “his shot and ball.” So basically, “I don’t want to shoot myself, so I’ll go do this crazy thing that’s sure to kill me!” But then his gentlemanly acceptance of Queequeg as his sleeping companion, stating that it’s better to sleep “with a sober cannibal than a drunken Christian” makes him seem amiable, worldly and thoughtful. And so he proves.

Then, Ahab. He is great and terrible. This wounded genius and twisted greatness. He uses his skill at leading men to convince a cross-section of the races and religions of the world to madly rush towards death for him. And gentle Starbuck. With neither just enough courage to kill Ahab nor just enough capacity to convince him to stop through love. And, yes, I love Stubb. Who doesn’t love the guy who sees the world coming to an end, and his first thought is to strip buck naked? Ishmael says Stubb would face death as just another order from above his rank to be followed. So, Stubb just follows orders.

Ah. And the way Ishmael explains everything! It’s beautiful. Trying to show off. But I love his meditations from the look outs. I love to follow his mind out ranging over the azure below to where it meets the azure above. It reminds me of being lulled to sleep by the song Breathe before every clock in the world wakes you up for Time. On Dark Side? You get relaxed into a lack of care, before suddenly reality rushes back on you.

Oh, and duh, Jess. But there really are two Ishmaels. One is the younger man in the story, and the narrator says this happened “nevermind how many” years ago. So, finally I realized, Oh! so this is why I can hear Ahab speaking to Starbuck in his quarters.

My other big bangs from my recent reading of Moby Dick are more pop culture. Well, for one, Gregory Peck is Ahab. He just is. I know that’s not a faithful rendition, but it’s John Ford? Houston? I don’t know. Ahab is Ahab is Gregory Peck. In the big stove pipe hat.

And my second pop big bang is Star Trek II: Wrath of Khan. I realized that there is a coffin at the end of each. In Moby Dick, it’s QueeQueg’s coffin refitted as the life buoy that saves Ishmael. And in Khan it’s a photon torpedo outfitted as a coffin for Spock shot at the Genesis Planet where life renewed. Apart from Khan quoting Moby Dick the entire film, and having a copy in his bunker.

Oh yeah, and Jaws! Jaws is Moby Dick if Starbuck had lived or won. And the three day chase, the three whale boats, the three barrels. And both are a sequel for one character, so this time it’s personal. I love that movie. It has traumatized me for life though.

Not only am I glad that Ishmael gives us as much whaling information as we need to follow the action, but his  anatomical descriptions, particularly o fthe head. Because the head of this animal is like a monolith. Like THE Monolith from 2001. Unseeing, unfeeling, unstoppable, unknowable, with a jaw full of teeth attached to this monolithic front. It’s terrifying. And it’s white. The whiteness of the whale made a chapter name, why do you think the whale’s head is white?

Ha. I guess sometimes it’s just relaxing and easy to talk about a book because I could go on and on. What have you all been reading?

Comment and Like below! Trim topsails! Up anchor! Ten degrees to leeward laddies! Did I mention this book is both extensively brutal, with homosexual themes?

While you’re here: check out the wonderful work done by the people at The National Alliance on Mental Illness and donate

Jessica Lakis - Writer/screenwriter. Geek & mental health blogger. Conqueror of the Useless. NERD INVICTA! END_OF_DOCUMENT_TOKEN_TO_BE_REPLACED
This entry was posted on Tuesday, July 2nd, 2019 at 2:14 pm and tagged with books, movies, summer movies and posted in blog, geek, writing. You can follow any responses to this entry through the RSS 2.0 feed.
« It Doesn’t Matter What You Do: The Importance of Farting Around
You Need to Calm Down: Dear all of US, »

2 responses to “For Hate’s Sake I Spit at Thee: Moby Dick”