All the Lonely People: Mentally Ill in America 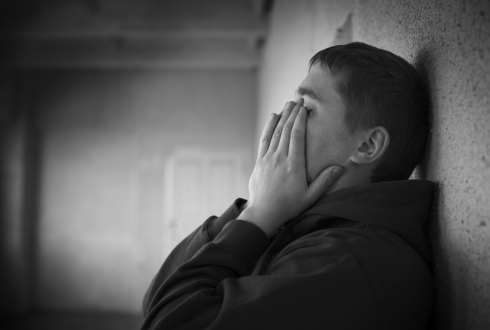 I’m a white girl from a good family, I have a college education, I have a life and loved ones, and I’ve been in treatment for mental illness since I was nineteen.  I’m lucky. But everytime I see a homeless person, hear of a suicide, see someone lost to drugs or alcohol, or working on a non-violent criminal record, I think: There but for the Grace of the Force go I.

But just because I’m crazy, doesn’t mean I don’t have every right to be extremely pissed at this particular moment in time. While the Congress debates precisely how much cruelty is acceptable in the US healthcare system, we clearly have a President whose clinical diagnosis is “Crazy-pants w/ nuclear codes.”

Crazy is classist. The brilliant film The Ruling Class (1972, starring Peter O’Toole) savagely explores the old saw that the poor are “crazy.” The rich are “eccentric.” Sometimes “unpredictable,” but definitely a member of the club. And they can get away with anything, including shooting a guy in the face in Times Square, as Trump eloquently expressed the principle. But you can also observe it at work in talk shows praising the “courageous” celebrity who admits to seeking treatment, and explores their “struggle.”

The rest of us who live with mental illness don’t get the same press or privilege. Whether we deal with abuse, genetic predisposition, addiction, or life experience — and it’s usually a complex of some or all — mental illness is a lonely slog. For families with mental illness and/or dysfunction — again, usually both — the family generally falls into camps. The “get over it and move ons” and the silent and suffering. And those camps often overlap. But the punishment for breaking silence can be severe for those brave enough to admit there is a problem.

Although I have found that adopting an attitude of “Yep. I’m cray-cray. But I’m not hurting anyone. So deal with it.” has been helpful to me, it took me two decades of continuous treatment to get to that point. It is liberating, but even so, telling someone you have a specific mental illness, doesn’t mean suddenly they will “get you.” It certainly won’t help in a job interview. Depression or Anxiety may be abstract ideas that exist in people’s heads, but when you behave like a person who suffers from those disorders, few understand.

While informing friends and family that you have cancer is a thing my father could not even do, cancer is something that people understand will come with a certain set of painful difficulties. They will often research it to see what to expect. Doesn’t work that way with mental illness.

If you tell a family member or loved one, “I suffer from mood disorders,” you might as well have said, “Hey, I’ve gotten really into day trading.” Their eyes kind of glaze over, and they sure as hell aren’t going to Google “what is day trading?” Or, “what to expect when a loved one is day trading?” But get ready to witness all manner and degree of expressions of shock, dismay, anger, and shame when you behave like someone with a mood disorder. Or when your needs and/or limitations get in the way of their life and plans. That’s why the most common thing a mentally ill person says is “I’m fine.” Especially if we’re not.

When most people think of mental illness these days, they think of school or church shooters. Violent killers, all of them “mentally disturbed.” But, even among schizophrenics, violence and mental illness don’t go hand in hand.  I have to watch idly by as people discuss forcibly registering people as mentally ill who want to purchase a shotgun for their home. That’s two Constitutional rights, if you’re counting. (The Fourth Amendment Right to Privacy is the other one.) “Mentally ill” is a stigma, and a silencer.

If I went to Senator Pat “I don’t ever listen to my phone messages” Toomey’s office to protest, all you would see is a white girl with a sign and an attitude. And if I were hauled off by the police, you’d probably think “Crazy chick!” You can’t see by looking at me that I have serious health problems. I “present well.” I appear “normal” and “fine.” But if you did discover you were right about me being crazy, you could discount my opinion completely, right? And I have been told too many times to not even follow the news. Apparently, I cannot even handle being informed on issues that affect me.

The mentally ill have no political voice or capital. No one is courting our votes. Should crazy people even be allowed to vote anyhow? We are not only socially marginalized and stigmatized, we have no say in policy or our care, if we can get it.

Do you know what the wait times are to begin treatment if you have Medicaid? At least a month. That goes for drug and alcohol, and dual diagnosis treatment as well. And if you have private insurance, how many therapy sessions does it cover?  Can you fit therapy into your work schedule? Do your medications impact your ability to work? How many hours in six months before therapy starts coming out of your pocket? What about the prescriptions? Do you just go to your family doctor and get some random “happy pill”? Get sent on your way with no therapy or guidance? Do you know what the side effects may be? Do you understand how to take it? Most importantly: can you afford it?

Now that opioid dependence is an EPIDEMIC thanks to white people. Except for Attorney General (for the moment) Sessions, more people in power are realizing that criminalizing is no substitute for immediate, accessible, free treatment. Perhaps mental illness can ride addiction’s coat tails into some public opinion and  policy? After all, if we can get past of the stigma of “junkie” perhaps we could get past “crazy.”

Most importantly though, when it comes to it, doesn’t it just make more sense to at least make sure that those who suffer from mental illness receive care and treatment to ease their suffering? Nevermind free those who are treatable to live productive and even happy, “normal” lives?  Ease suffering, make more functioning citizens? Am I making any sense? More sense than the latest Tweet or speech by President Trump? Or do I sound crazy? If only I had money.

While you’re here:  Check out my Instagram! There are pictures of crazy stuff I like and hate! 😊

Jessica Lakis - Writer/screenwriter. Geek & mental health blogger. Conqueror of the Useless. NERD INVICTA! END_OF_DOCUMENT_TOKEN_TO_BE_REPLACED
This entry was posted on Thursday, July 27th, 2017 at 4:32 pm and tagged with crazy, healthcare, mental health, mental illness and posted in blog, Uncategorized, writing. You can follow any responses to this entry through the RSS 2.0 feed.
« How Soon is Now? #Resign
The Soil Falling Over My Head »

2 responses to “All the Lonely People: Mentally Ill in America”