Notes to Self: Topics to Not Discuss at Parties 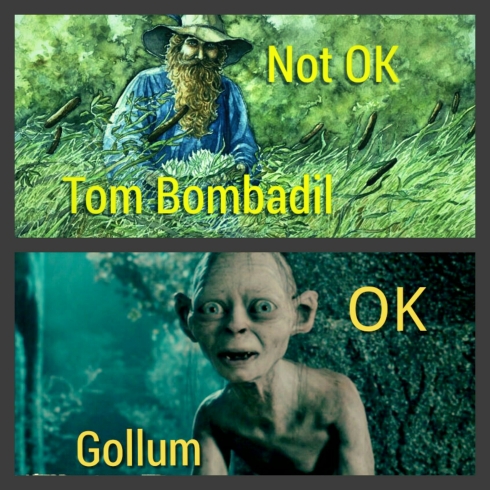 Recent social interactions have caused me to review what I consider topics of general interest. Apparently, not everyone finds my interests interesting. A fascinating revelation. So I’ve compiled a list of subjects and terms that I should avoid to better facilitate my desire to socialize.

1) Anything in the Tolkien universe that DOES NOT appear in the Peter Jackson Lord of the Rings movies.

2) Linguistics in general. The history of the English language and Tolkien’s languages of Middle Earth in particular.

3) Referring to the Id, Ego, and Super-Ego as the “Bones, Kirk, and Spock”, respectively.

4) Referring to the Id, Ego, and Super-Ego, as well as Jungian theories, and  the works of Joseph Campbell.*

That’s my starter list. Contributions are welcome. I look forward to adding to this list as I seek out and discover more blank stares and awkward silences!

*Some references to Joseph Campbell are allowed when speaking of Star Wars, or in the company of screenwriters.

Tolkien: Lessons from an Amateur 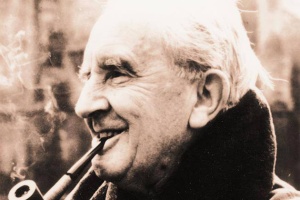 I suppose it would come as no great surprise, given the nature of this blog, that I adore the work of J.R.R. Tolkien. Personally, one of the most enlightening  elements of the special features of the Extended Editions of The Lord of the Rings and The Hobbit (now officially the Middle Earth Saga) is hearing the writers of the films discuss the difficulty in translating Tolkien to film. But it isn’t the length or density of Tolkien that troubles the nights and days of Phillipa Boyens, Fran Walsh and Peter Jackson most, but the distinctly unprofessional style of his narratives. Tolkien, after all, was foremost a professor of linguistics who made up fake languages and an alternate universe on the side. In fact, taking a step back to view the scope of what he has written for and about Middle Earth, it verges on monomaniacal madness.

But then there’s the undeniable success of both the books and films to attest to the deep meaning and love that so many people find in Tolkien’s work. So, let’s toss the style sheets and the outlines, the synopses, log-lines, character breakdowns and pitches for a moment. Let’s look at what writers can learn from the greatest amateur of our age.

1) Write something that you, yourself, would like to read. The driving force behind The Inklings, Tolkien and C.S. Lewis’ group of literary friends, was the lack of modern literature that they found interesting. While Da-da, surrealism and absurdism reigned between the First World War and the Second, naturalism and social-realism seemed to dominate after. But for Tolkien, neither complete rejection of all meaning and the past, nor the hard-bitten acceptance of the post-nuclear world would do. If anything, by reaching into the literary and mythological past, Tolkien strove to re-write (and, thereby, to right) the wrongs of the world as he experienced it. By recasting old heroes and stories in a frame for the modern audience, he strove and found in that fertile ground new meaning and new relevance. It just so happened that in his traumatized times (and ours), he wasn’t alone. The moral for writers being: if you feel the lack, then likely others do as well.

2) The importance of being named. Naming is ancient magic. A name gives form and reality to the formless. Naming a star, a weapon, a space-mission, a child all still hold resonance somewhere deep in our human soul. Names came first for Tolkien, and yet are sometimes problematic. Sauron and Saruman spring to mind as a sticking point, but are they? True, these names are but one of many for these two characters. Like most in Middle Earth, they are known by various names in his various tongues. But while a pro might never have two antagonists with names so close in sound, doesn’t the sound also link them? Those sulfurous S’s and thunderously rolling R’s are evocative of their particular form of evil. Just as the cozy familiarity of Sam, the woodiness of Frodo, and brightness of Merry and Pippin all give us character information before we ever get to know them. Which leads me to…

3) Trust your audience. Not everyone will be enchanted into the dense, footnoted, and appended world of The Lord of the Rings. Like any good myth, Tolkien plops us down in the vaguely familiar world of the Shire before whisking the reader to “the heart of the forest” where, as Joseph Campbell noted, “the journey begins…where it is darkest and there are no paths.” And what holds for the journey of the reader, holds as well for the writer: every story is a journey, an adventure. Tolkien dared to lead us into a world-apart, into territory he himself was still discovering, and his lust for the thrill of discovery draws us with him. Perhaps this world is not for all, but then again, not everyone wants to live in a world of giant CGI robots and Adam Sandler movies either. Like a wise and forbearing Gandalf, Tolkien suffers the reader, gives us sign and sage advice, and leads us with him, and we follow, even to the Fires of Mount Doom (and the appendix on calenders).

4) Little heroes in a great big world. If Superman were never Clark Kent, no one would ever care much about him. Where is the human connection with an indestructible alien? The same holds for the hobbits of the world of Tolkien. We might all admire and wish to be like the heroic men and women, elves (and even dwarves) that populate Middle Earth, but at heart most of us are closer to the hobbit who wishes for nothing more than to sit in his favorite comfy chair by the fire tucking into second breakfast. And here lies the heart of Tolkien. His faith in the essential goodness and decency of common folk to pass through the worst of times may have been forged in the fire and fog of war, and that unwavering faith ultimately forms our bond to the high-flung drama and darkness of his creation. It gives each of us the hope and strength to believe that we too might be able to combat the evils we face in our daily lives, no matter how small we may sometimes feel.

Finally, as writers, Tolkien reminds us that we are the ring-bearers. We must decide. And though it may be a burden that drives us nearly to despair and madness, hopefully we will find along the way a Sam and a Fellowship to keep us on our path and pick us up when we stumble. As for a Gandalf, well, as I said, Professor Tolkien has passed through fire and shadow before us, so that we might know better the way.