Don’t Get Me Flowers for Women’s Day 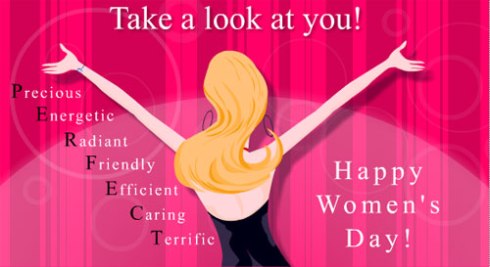 This is just all kinds of wrong.

Let’s get something straight. Women’s Day is not Valentine’s mixed with Mother’s Day. Although there are many competing claims for the first Women’s Day, including Suffragette, Socialist and Workers strikes by women in the US and Europe, the best claim goes to the women of Russia. By the Russian calendar, on March 8th, 1917, female textile workers stormed the streets of Petrograd (St. Petersburg) demanding bread, protesting Russian engagement in WWI, and demanding the end of Romanov imperial rule. A week later, the Russian emperor abdicated, and women were granted the right to vote by the interim government. The date was proclaimed a working holiday in Russia that year, but was declared a full national holiday in 1958. In 1975, it was recognized as an international holiday by the UN.

I switched my major to Film midway through my Freshman year. And of my almost completely male new department, one man became my first friend. Let’s call him Max. Max is from a republic in the former USSR. He had served in the Red Army, and his father was a Party member. Max got to come to the US with refugee status, and became a citizen while teaching himself English from the TV. Eventually, he pursued his dream of studying film, and there we landed together: two strangers in an exclusive club of upper-middle class white males.

Max was the first person to wish me a happy Women’s Day. I had to ask him what it was. Because, even though many nations celebrated the day, The Land of the Free did not. 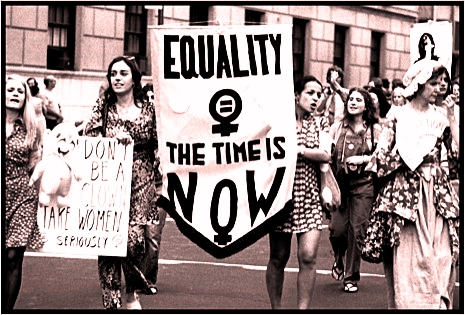 And it’s the revolutionary (and Soviet) origins of the holiday that America has feared most. Because while the Soviets were sending the first woman into space  in 1963. Back in the USSA, only married women could be prescribed The Pill by an (obviously male) doctor’s discretion, and back-alley abortions were claiming women’s lives. Meanwhile the Soviets had female doctors.

Maybe it’s the historical nature of female experience that causes this revolutionary fervor. After all, it was the working women of Paris who marched to Versailles in 1789 to demand bread, and who returned to Paris with King Louis and Marie Antoinette in tow, kickstarting the fall of the repressive Ancien Régime.

Women often hold multiple jobs: lover, wife, companion, caretaker, mother, chef, cleaning lady — usually while holding down paying jobs. We are taught to care for everyone but ourselves. We apologize for doing things a man would never think of being apologetic for: talking on the phone, spending money on things we want or need, playing our favorite video game. But let’s face it, how long can any person truly live this way? Sure we care about war because our loved ones and innocents could die, obviously bread because we don’t want to see our family starve, we care about oppressed groups because we get it. But we also want those freedoms and the equality that we help others achieve for ourselves. Sorry! 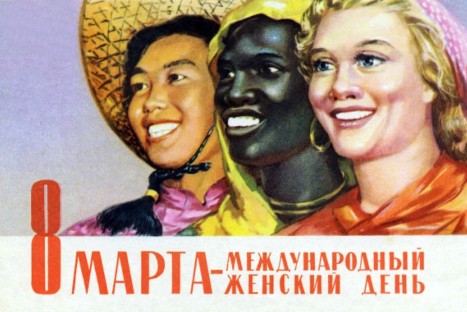 Soviet poster for Women’s Day as a national holiday, circa 1958

We want to control our reproduction because that is the key for us to have the freedom of men. We can go to college, have a career, and a family we can afford to care for. Or not! This is never a question when it’s a man’s choice. We get to have that choice as human beings, too. Our value is more than what our uteruses can do. By demonizing and depicting women without children, or unpartnered, or with a career as sad, unattractive  (read “overweight”), and lonely; we devalue the women who have made those choices. And it just so happens to be a great way to direct female anger and frustrations at women who made different life choices  from the actual cause of their pain (whether it be abuse or simply frustrated dreams) onto other women. It’s splitting. And American culture is great at it.

It really does come down to that one phrase — the one by the woman who allowed herself to be burnt at the stake by America because she believed, without apology, that she was the most qualified candidate for President, and she was right — “Human rights are women’s rights, and women’s rights are human rights.” History upholds you Hillary Clinton, unlike the nation you served so long. Here, have some pretty pretty flowers!💐

*Please check out this list of nations from those with the most equal representation of women in government to the least. Rwanda is tops. See if you can spot the USA.

Jessica Lakis - Writer/screenwriter. Geek & mental health blogger. Conqueror of the Useless. NERD INVICTA! END_OF_DOCUMENT_TOKEN_TO_BE_REPLACED
This entry was posted on Wednesday, March 8th, 2017 at 6:29 pm and tagged with internationalwomensday, womensday, womensrights and posted in blog, Uncategorized, writing. You can follow any responses to this entry through the RSS 2.0 feed.
« Walter White: Last of the Famous International Playboys
After the Blue (A story of Friendship and Survival in parts) Part 1: Nicole Laughed »