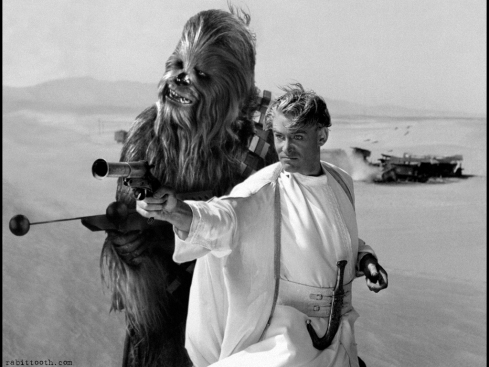 Ladies, gentlemen: the most beautiful image ever. http:www.doctormacro.com. Enjoy!

If you saw radar maps of Snowmaggedon or Snowzilla — or whatever hashtag you prefer — I was right under the part of the map that displayed a graphic of an angry weather deity suffering from dysentery. I rather enjoyed the storm, but today I became enlisted in said deity’s personal sanitation crew. I mean I shoveled, but it was closer to mining. I’ve lived most of my adult life in either Philly or Costa Rica. So I’m not a practiced hand. But I was out talking and working with other people. It was weird. But not necessarily bad.

The lady who lives next door had her kids and grandkids marshaled up. She was like George C. Scott in the part of Patton when he clears up the traffic, except with a white Maltese instead of a pit-bull. My other neighbor just moved here from Los Angeles. He carefully cleaned all the icy patches with a windshield scraper. He explained to me that he hadn’t thought to buy a shovel. But he seemed to be getting a get kick out of it.

I’m not tall, or strong, or particularly inclined towards physical labor. I’m a clutz. My BF calls me the “fainting goat” because I just lose my balance and start to fall while standing perfectly still on even ground. So I was glad to have my new neighbor to chat (pretend I was still shoveling) with. His name is Jerry, and he’s a retired aerospace engineer. He worked for NASA in the mid-seventies, and knows a man who walked on the moon. Yeah. And I knew we’d be fast friends when he asked me “I don’t know if you ever think about transporters…?” “I think about transporters ALL THE TIME.”

Seriously, gentlemen, that is the best pick-up line I’ve ever heard. We talked about the physics and computational issues etc. of transporters for about an hour. I think I might have a crush.  He’s friends with one of the twelve human beings to have stepped on the moon. And he enjoys talking about transporters. We both felt jipped by the actual year 2001 because it wasn’t, well, you know, like 2001. And one of his early designs is in the National Space and Aeronautics museum. Like the ones that hang from the ceiling. Be still my heart.

What was I talking about before I drifted into a nerd hole? Oh yeah, #Blizzard2016. Yesterday I tore it up in an epic game of Civilization with the BF. History tells us that the Poles were instrumental in holding back all sorts of Muslim invasion of Europe. Well, let me just say, I played as Harun Al-Rashid of Arabia, and I corrected that error. My empire is the most literate, cultured, wealthy and well equipped Wonder of the World. I hope Alec Guinness as Prince Faisal would approve. There were street lights in Damascus! Baghdad was a center of science. Mecca made Paris look like a Neandertal shelter. It seems I’ve crawled back into that nerd hole.

So, fun! Enjoyed Snowmaggedon. Today begins week two of my 500 word a day thing for this blog, but taking off Thursday, most like. Did you folks enjoy your snow days? Everyone all safe and tired from shoveling? Is tomorrow Monday? Are these my hands?

Peace and love, LLAP, and May the Force be with you…always.